Today, apparently, is Macaron Day in some parts of the world. My cousins from OZ were visiting Lyon the other day and we were discussing the difference between two little tasty bites with almost identical names: the macarOn and the macarOOn. A number of countries have similar biscuits, usually with some form of ground almonds or coconut, so it can get confusing. Here’s a brief explanation.

For me, as an Aussie, a macaroon is a classic type of coconut biscuit. They’re typically made with a base of egg whites, sugar and coconut and they sit a couple of centimetres high. If you like a Scottish touch, you can dip the base in chocolate!

Macarons, on the other hand, are the current fashion in French patisserie. They are colourful little biscuit/cakes made from an Italian meringue folded with almond flour, sugar and flour and joined together with all kinds of crèmes and flavours. You know the ones…they’re in almost every shop that sells cakes or sweets; they’re the cupcakes of French patisserie.

There are other varieties, but these are the two that people usually get confused: that extra ‘O’ really has a lot to answer for! 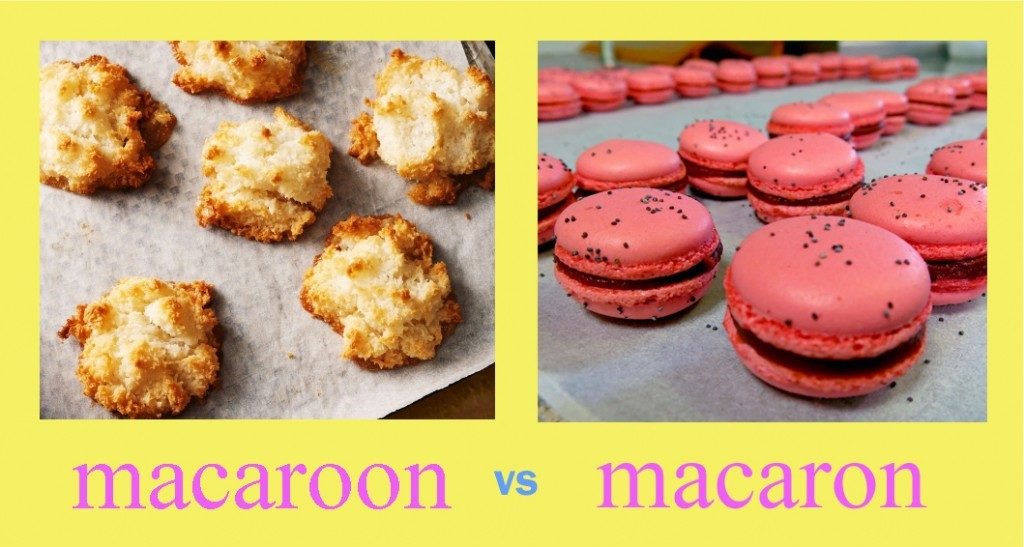